Shrink Ray Island is the newest island in Poptropica, and was launched for members in early access on June 30, 2011. In this island adventure, the star science fair student has gone missing and you need to find out what happened. Here’s what the official Poptropica island info page says about this new quest:

A young genius has invented a ray gun that shrinks anything it touches – including you! But when the scientist and her invention go missing, you’ll have to keep the shrink ray from falling into the wrong hands, and find a way to bring yourself back to normal size. To solve a problem this big, you’ve got to think small! 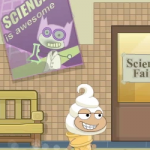 Go to Shrink Ray Island on the main Poptropica map and you’ll arrive on Main Street and land on top of a slide and swing set. You can head to the left to enter the multi-player room, which is the Sweet Dreams Candy Shop, but for now you want to head to the right and go inside PS 101, which is holding the River City Science Fair.

Avenue A and CJ’s Apartment 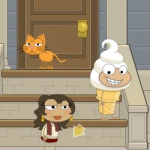 When you arrive on Avenue A, you can head all the way to the right side to get to CJ’s apartment. It’s the one with the orange cat outside the door and a telescope inside the window. Inside, you’ll see that CJ and her family are kind of messy! 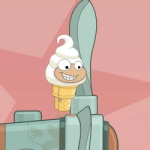 This is the main part of the quest. You’ve now been shrunken down to miniature size and need to find out how to get back to normal size, catch the thief, and rescue CJ! 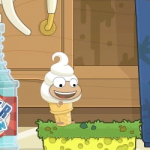 This is one of the most complicated parts of the entire quest. You need to do a lot of different steps to navigate through the kitchen and get the remote control on top of the refrigerator. 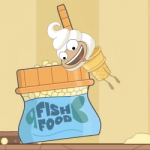 Here fishies! Have some food!

We’re getting close to the end. In this part, you need to get CJ’s Diary Key out of the fish tank. You can’t just jump directly in the tank because the fish will bump you out. We need to distract the little fishies! 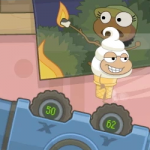 Now that we’ve got the diary key, it’s time to head back to CJ’s bedroom and find the next clue. 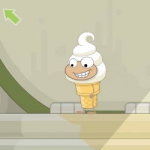 This toilet is disgusting!

The bathroom in CJ’s apartment is kind of disgusting. Good thing we only need to spend a short time here. The goal is to get past the bathtub and over to the toilet so that we can flush the thumb drive. 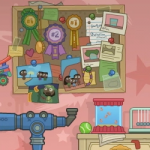 Now we need to get out of the apartment, which is going to be challenging because we’re still shrunken. Here’s how to do it! 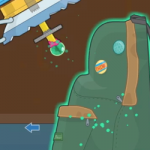 Now we’re off to rescue CJ and stop Mr. Silva once and for all.

Here are some more screenshots from Shrink Ray Island, including some of the sneak previews that the creators released before the island was available to play. 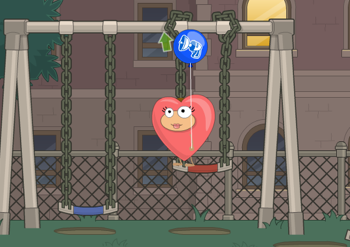 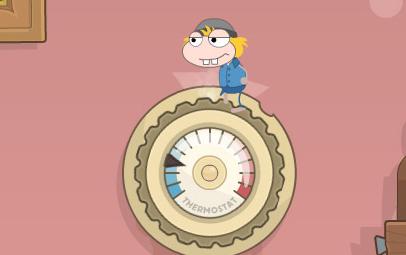 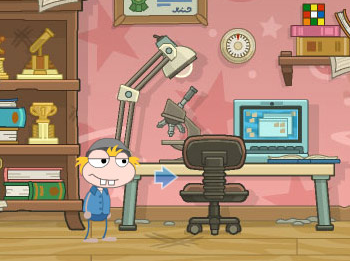 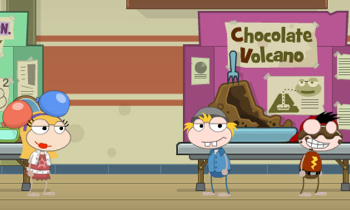 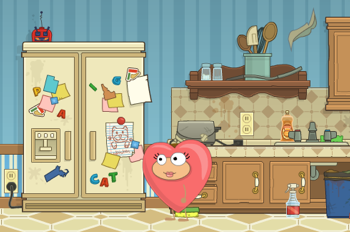 CJ's apartment is a bit of a mess. Kind of expected from a mad scientist in training. 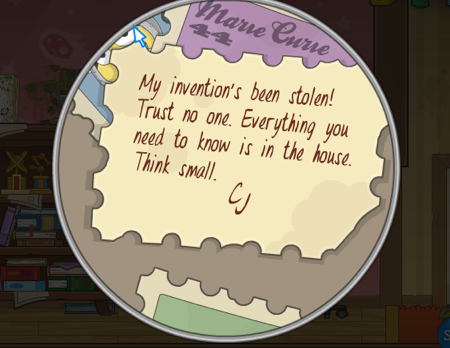 CJ left a clue about her disappearance on her microscope. To find her missing invention, you need to think small! 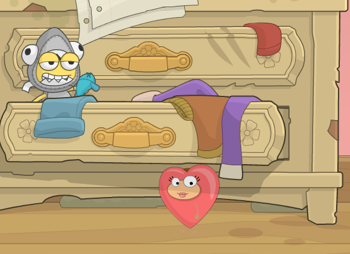 Oh no! I've been shrunk in Shrink Ray Island!