The latest island on Poptropica is called S.O.S. Island. In this new quest on Poptropica, a whale-watching expedition strikes an iceberg and begins to sink. You need to rescue everyone on board the ship before it sinks into the frigid waters of the North Atlantic.

The storyline of S.O.S. Island sounds a lot like the real story of the Titanic, one of the most famous disasters in history. The ship sank after hitting an iceberg on April 14, 1912 — almost one hundred years ago! It was made even more famous by the huge movie from 1997 starring Leonardo DiCaprio and Kate Winslet.

In the Poptropica version, instead of a luxury liner crossing the Atlantic, the ship is a whale-watching pleasure cruise. And from the screenshots, it appears that the name of the ship is the Pequod, which is also the name of the fishing ship in the famous novel, Moby Dick by Herman Melville. Other than what we’ve been able to see in the sneak peeks and screenshots, little else is known about the new island.

Before the island was released, the Poptropica Creators posted an official S.O.S. Island trailer on YouTube. Check out that cool intro!

The creators announced that S.O.S. Island will have a bonus quest for members. After you complete the main island adventure and collect the medallion, you’ll have the chance to participate in a special bonus quest for members only. In this extra mission, you’ll go deep underwater to stop a dangerous oil leak. Plus, members will get a special costume pack and powers. Sounds cool!

The special gear pack available to members at the launch of S.O.S. Island includes the following items, all of which can be purchased at the Poptropica Store:

A few screenshots have been posted in the Sneak Peeks section and on the main Poptropica site showing what the island will look like. Take a peek! 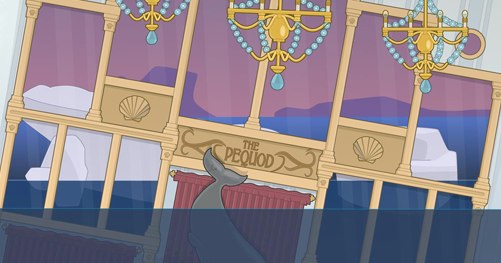 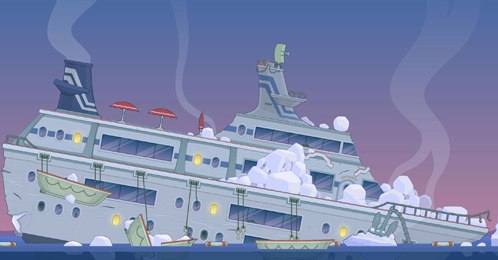