Poptropica Cryptids Island officially launched on Monday, December 20, 2010 to paid members after months of rumors and speculation. Leading up to the launch there were lots of sneak peek screenshots and even a sneak preview of the Loch Ness portion of the island. Here are all the cheats for Cryptids Island, including a complete walkthrough that will show you step-by-step how to beat Cryptids Island on Poptropica.

Non-members will need to wait until January 17, 2011 to play Cryptids Island.

Want to see how to solve Cryptids Island? Here’s a video walkthrough that gives you all the cheats and strategies for finishing this complicated quest and earning the island medallion.

Here are some screenshots from Cryptids Island. 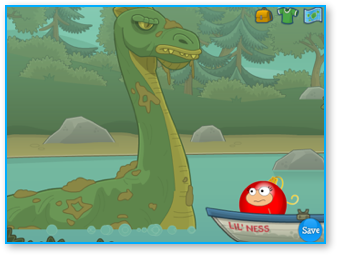 Nessie up close and personal. 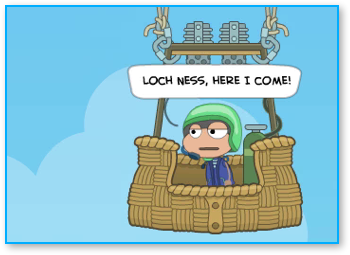 Another fortune hunter takes off in his balloon. Could he be related to Balloon Boy? 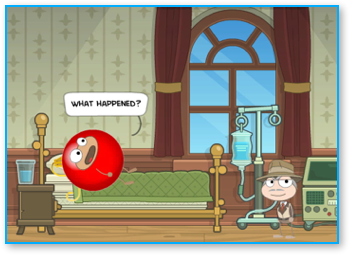 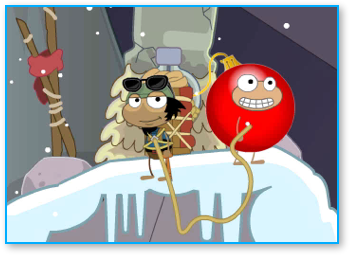 Scale the Himalayan mountains with your mountain sherpa guide. 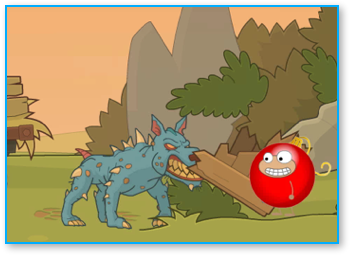 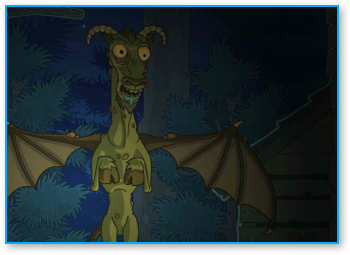 The Jersey Devil at night. 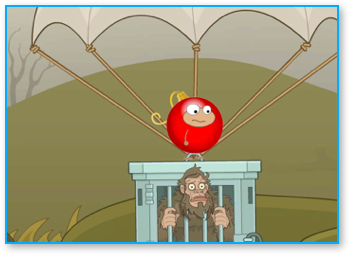 Here are answers to some of the frequently asked questions about how to beat Cryptids Island. This section covers some of the hardest and trickiest parts of the quest.

Where do you get the camera?

You’ll need a camera to get a picture of both Nessie and the footprint in the snow at the top of the Himalayan mountain. You get the camera in the Loch Ness area by helping the guy with the truck that is stuck under the bridge. Talk to him and then click on the tire. A screen will come up with a close-up of the tire. Move your mouse cursor rapidly around the air inlet for the tire to deflate the tires so that the truck can pass under the bridge. When you’re done, the man will give you his camera as a reward for helping him.

How do you trap the Chupacabra?

After you lure the spotted goats into the middle area in Puerto Rico, you still need to get a farmer’s help to trap the Chupacabra. To do this, go back to the first farmer you met. He’s the guy who loaned you the jeep down in the bottom-right corner of the map. The next time you visit him after herding the goats into place, he’ll say that he’s going to go trap the Chupacabra. When you return to the middle area on the map, he’ll be there with his truck and help you set the trap.

How do you see inside the house with the Jersey Devil?

You’ll need to visit both the Himalayas and Loch Ness before you can see inside the house where you find the Jersey Devil. The monk in the monastery will give you a lantern and you’ll find a book of matches to light it on the counter inside the Pub at Loch Ness. Once you have these two items, you can use the matches inside the Jersey Devil house to light the lantern and see. It’s still really spooky, though!

You might be wondering what in the heck cryptids are. Well, they are creatures or plants whose existence has been suggested but not recognized officially by scientific consensus. So legendary creatures like Bigfoot, unicorns (they’re real, I swear!) or the Loch Ness monster are called cryptids. BTW, the Loch Ness monster being a part of the new island explains why a Scottish castle appeared as a sneak peek screenshot long before the island was officially announced.

Cryptids Island was announced to Poptropicans in a very mysterious fashion, befitting the theme of the island–strange creatures who are mysteries and whose existence cannot easily be proven. Before the island was officially announced, a quick promotional image appeared on the Poptropica home page.

But after just about an hour or so of being on the home page, it was mysteriously removed. And then on the official Poptropica blog, there was a strange and mysterious message from the Creators that mentions the leak but didn’t provide a straight answer about whether the new island was really going to be called Cryptids.

Finally, they made it official and Poptropica updated the main blog with a post saying that the official name of the new quest is Cryptids Island. They also created a new info page about it here. This is that the page has to say:

An eccentric billionaire is promising a big reward to whoever can prove the existence of cryptids — hidden creatures. The hunt is on for Bigfoot, Nessie, and other legendary beasts. But watch out: you’re not the only one in search of these monsters…and your competitors will stop at nothing to find them! 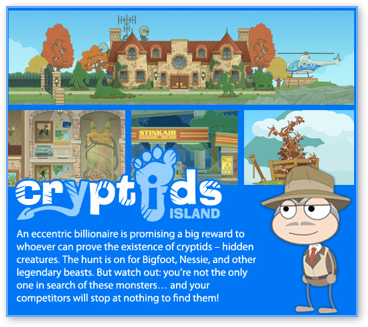 Hey, still looking for more help with Cryptids Island? Browse the comments on this post, or head over to the Poptropica Secrets Forum for more tips and advice from other players: Poptropica Island Help Forum.