We’re halfway through the first round of the Poptropica Island Smackdown. In the previous head-to-head, Nabooti handily defeated Big Nate. Now we’ll pit two favorites against each other: Reality TV Island vs. Mythology Island. It’s a battle on many levels. Reality TV was one of the most anticipated islands ever in Poptropica and we waited a year between when it was first announced and finally released. Mythology Island was a runaway hit this Spring, with Poptropicans everywhere taking on the Gods. It’s Real vs. Myth and only one can win. 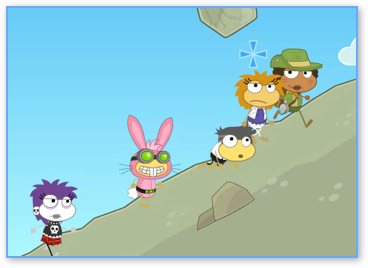 For many long months, we waited for Reality TV Island to arrive. And then it did, and it was fun. Reality TV was really two quests in one. The first part involved a typical Poptropica Island quest where you had to figure out how to fill out an application to get onto a Reality TV show competition. Along the way, you met Bucky Lucas, the town’s favorite TV star, who gave you a stamp for your application and some advice about fame. Then, a helicopter flight took you to part two of this island: the actual competition. Here was something we had never seen before on Poptropica, a series of fun (and often difficult!) challenges where you were competing against many famous Poptropicans, including some notorious villains from previous islands. If you could survive the competitions and the brutal voting rounds, you might win both the competition and the island medal. If not, well, there’s always next season. 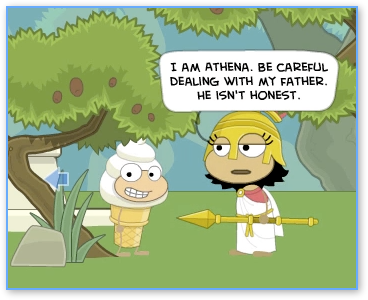 Mythology Island was a runaway hit when it was released. In this epic quest, you are given a challenge by none other than Zeus himself to recover several ancient and powerful artifacts. Along the way, there are several puzzles to solve and obstacles to overcome. You also meet several of the most famous of the Greek gods and goddesses, including Poseidon, Hades, Aphrodite, Athena and more. And there are many dangerous mythical beasts to defeat all throughout the quest. It all leads up to a betrayal and a climactic battle against the mighty Zeus. If you can prevail, all of Poptropica will be saved!

I’m not going to lie. This is a tough one. Both of these islands are good. But only one can win, so which of these two islands do you like best? Which one should advance to the next round in the Poptropica Island Smackdown? Vote for your favorite below and check back in a few days to vote on the next set of contenders!