The basic idea is to click on the first meter when it is directly in the middle, or showing a 45-degree angle. Then click on the second meter when it is completely full, or at top strength. If you get these two right, you should be able to win Shot Put every time. You can be a little off on the first click (angle) but you’ll really want to get the second click just right (power). 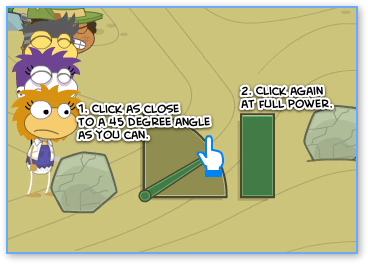