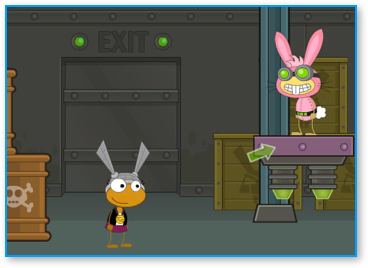 In 24 Carrot Island, we met the first true villain in Poptropica, the evil Dr. Hare. When the quest begins, something strange is happening to the island. People have gone missing, and the islands precious carrots have been disappearing. In this quest, you uncover a sinister plot by the mad Dr. Hare and put a stop to his nefarious plans! Dr. Hare was such a popular villain that Poptropica released a follow-up mini-quest to this island called, Dr. Hare’s Secret Lab. 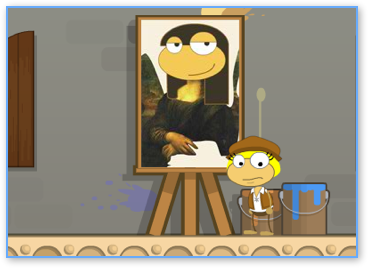 In Time Tangled Island, you must travel through different eras in time using a special time travel machine that has malfunctioned. Your quest is to retrieve missing artifacts and return them to their correct eras in time. And then finally, you adventure into the future where you uncover some surprises. In this fun adventure, you can explore the different epochs in any order you like. It’s also a fantastic island for using the costumizer, because you’ll find costumes and outfits from throughout history. There’s even a special hidden item on the island: the legendary Viking Suit!