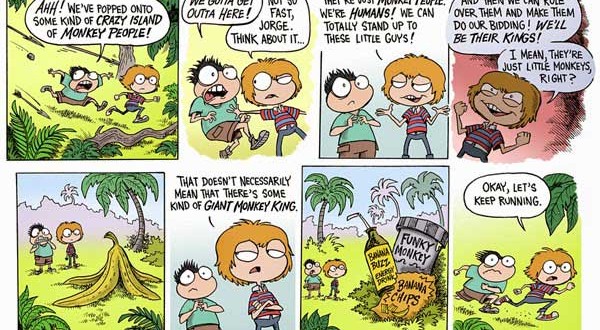 There’s now an official Poptropica Comic Strip available in Daily Pop. It’s about two boys named Oliver and Jorge, who are stranded in Poptropica and travel from island to island searching for home. The first week’s worth of strips have been posted in Daily Pop, and the Poptropica Creators are promising a new strip in the series every day. That sounds ambitious.

The first seven strips follow Oliver and Jorge as they arrive in Poptropica and run into a village of monkey people.

This is not the first comic strip to appear in the Daily Pop area, but it is the first original comic strip about Poptropica. It joins many other newspaper-era classics like Peanuts, Nancy and Big Nate.