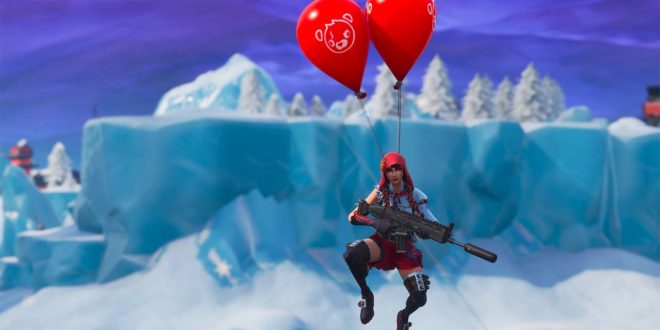 The new weekly challenges for Fortnite have arrived. We’re in week 7 of Season 7 and there are some fun, new Fortnite challenges to help you earn your Battle Stars.

Let’s take a look at all of them.

There are seven expedition outposts scattered across the Fortnite map. They are the red buildings that appeared at the beginning of Season 7. Many of them have X-4 Storming airplanes located outside, and almost all of them have radar dishes and other scientific equipment.

The easiest way to visit them all is to land at one with airplanes parked outside, jump into a plane, and then do a flyover of the other six.

Use a Rift or Rift-To-Go in different matches

You’ll find rifts at several different locations on the map and the Rift-To-Go devices spawn pretty frequently in chests.

Nothing special here, just grab a pistol and get up and close to your enemies. This type of challenge is best done in one of the LTM modes like Team Rumble.

Remember that in addition to the regular pistols, you can use the dual pistols and the new scoped revolver.

I love the landing location challenges. They’re basically free Battle Stars. Just hop off the bus and aim for the current stage’s location on the map.

These visits will take you all over the map.

Take your pick and land at one of these locations on the map. You may have some competition, so you may need two or three matches to collect the loot from seven different chests in these two locations.

This is harder than it looks! I had more success when I used a rocket launcher than when I tried to dogfight 1:1 with another plane. The good news is that to complete this challenge, you only need to take out a single flying X-4 Stormwing.

There’s nothing special here. Just do a lot of damage to your opponents. These three stages go a lot faster in the big LTM modes where you can resurrect, like Team Rumble and Disco Domination.