Home | Poptropica | The Past or the Future?

The Past or the Future? 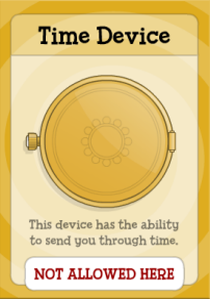 I thought for sure Virus Hunter Island was going to ship today. But since it didn’t, I’ll throw a quiz at you. This one comes from the Poptropica Pop Quiz page. I thought it was interesting enough that I want to hear how you all would answer:

If you could travel through time, would you rather go into the past or the future?

If you only could pick one, which one would you pick? The trick to answering the question is to figure out what kind of future you imagine you could travel to. Is it a future utopia with flying cars, cities on Mars, and universal peace? Or is it an apocalyptic dystopia, like Panem from the Hunger Games? Or is it somewhere in between? If so, would you rather go there or would your rather travel to ancient Egypt or medieval Europe or 15th century China?

Or, to put it another way… 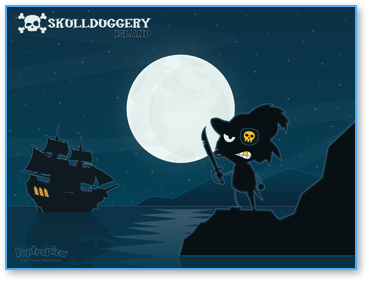 What about traveling to the time of pirates and privateers?

So many places to travel to, so many possible answers! Vote in the poll and then let me know where you would go in the comments below. More importantly, let me know why you’d go there and what you’d do once you’re there!  (Remember, if you choose the future, let us know what kind of future you’re thinking of.)