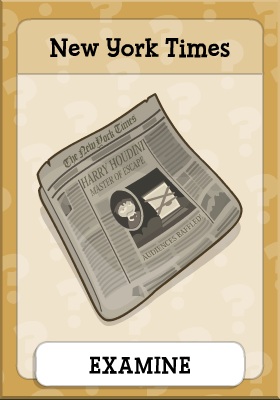 The New York Times is a newspaper that talks about Harry Houdini. Harry Houdini is the Master of Escape and he is good at unlocking doors and escaping.

How to Get the New York Times

You now discovered that the Luggage Key of Tesla is still with him and you found out from the Sketch of Tesla’s Cabin that his luggage is open. There should be someone who’s good at unlocking things. You will ask Eric Weisz, but he’ll tell you he doesn’t know anyone but he gave an odd behavior. You will then ask the reporter if he knows something about Eric Weisz, and then he’ll give you a copy of the New York Times newspaper 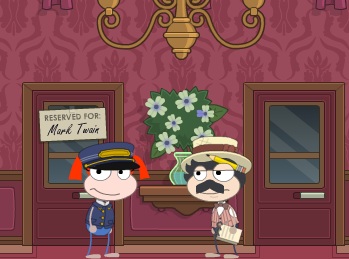