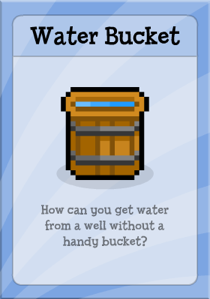 The water bucket, which was stolen from the villagers in Early Poptropica.

How to Get the Water Bucket

The bucket can be found up in the clouds, just to the right of the giant’s vegetable garden. You’ll need to have the Golden Egg to get past the giant. From there, run to the right up over the tools and the giant vegetables. The water bucket is sitting next to the giant tomato. You’ll find it on your way to getting the jet pack, another item that is hidden up in the clouds. For the complete details on finding the water bucket and all the other items from Early Poptropica, check out the Early Poptropica Walkthrough. 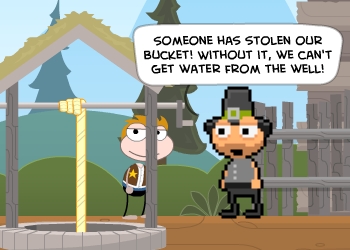 The poor villagers in Early Poptropica can't get their well water without their bucket. 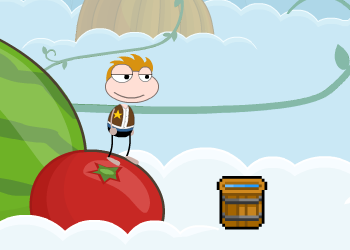 The water bucket is found in the giant's vegetable garden up in the clouds.