The puzzle starts off by simply saying,

It doesn’t take a math genius to figure out that fifteen minus six is nine, so taking six bones away from fifteen doesn’t exactly leave you ten. Or does it? Remember, the labyrinth is a sneaky place and heed Pan’s advice that there is more than one way to read the bones.

The answer, of course, is that this is a riddle. You can remove six bones to leave nine bones in place that spell out the word ten. Take a look at the before and after screenshots. 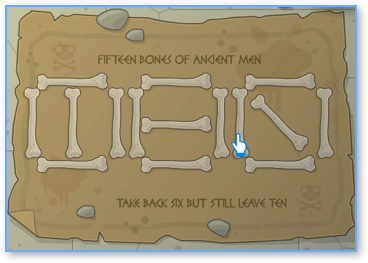 You start with fifteen bones... 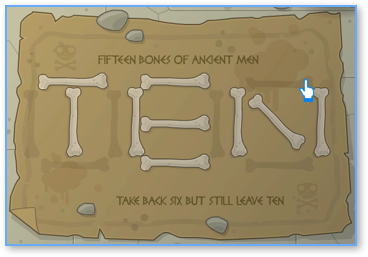 There you have it. That minotaur is one sneaky monster.