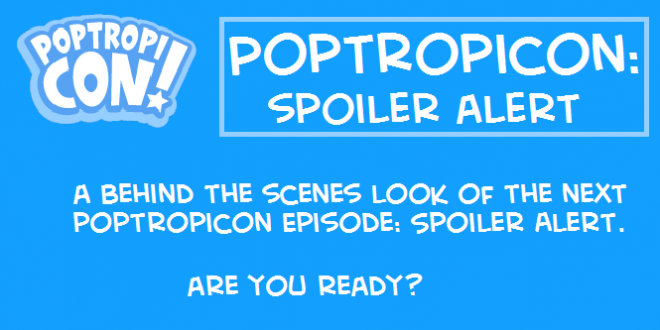 Jello Poptropicans 😀 So I finally got some computer time, and decided I was going to see if Poptropica had been busy. Well? They have (Stupid exclamation point is broken, but you guys feel my excitement for me then ;))

So they’ve uploaded the stuff for the next episode of Poptropicon: Spoiler Alert. This post also SERVES as a Spoiler Alert, so if you want to wait and experience the Island stuff later, feel free to ignore this post. Want to know what’s going on? Keep reading 😉

I’ve noticed, whenever I start a new paragraph that I generally start it out with “So” or “Yeah”. How about this: So yeah, I was checking my emails and came across an old one from Slippery Raptor where he was explaining how I can find new dialogs. I figured what the heck, and changed the link a bit. I found the link to the Theater Scene of PopCon 😉 Strangeness? Of course, it’s Poptropica, there’s something strange everywhere. Click the link below to see the full size picture of the Dialog that pulled up from the PopCon link (It doesn’t redirect you, it’s just a pop up because I can’t seem to upload pictures directly to the post right now.)

Theater Dialog from Spoiler Alert, but wasn’t this already said?

Strange right? Well that’s fine, I mean it’s probably just a bug. Anyways, here’s the first wave of sneak peeks, with links to the listed Item Cards (However the medallion isn’t listed amongst them)

Trash Collector looks like a trashed Mega Fighting Bot to me… If you’re wondering why the heck we need item cards with these names, then read this:

The winner of the Poptropicon costume contest will earn a one-of-a-kind prize. See if you can put together the ultimate villain outfit, but beware — the action at this convention is about to get real.

What I’m thinking is that (Most of) these are Trading Cards, hence the Card Deck. It’s possible that we could be trading cards to receive pieces for our costume of villainy. Just my guess. Seems legit. (Let me know your predictions in the comments too 😉 Maybe I’ll include them in the bottom of the post) This also leaves me to wonder if Poptropica will release any of their own Official Trading Cards soon :O

So aside from “Card_Deck” and “Sasha_Card” these all seem like Graphic Novel Characters. And you know I mean Comic Books. Then as for the Card Deck and Sasha Card, the Card Deck is probably where the rest come from (Character Cards at least). The Sasha Card looks more like a business card. And judging by the title, she’s a reporter. Oh, and here’s a picture of all of the item cards zoomed out, so you can see the whole thing (Click to see full image):

Man that took a lot of moving pictures O_O Anyways, back to Spoiling it.

I can also get Background and Backdrop pictures (Backdrops are backgrounds to the background), but no luck finding another page of the island yet.

Yeah, I’ll update the post if I find anymore scenes (Their dialog as well). I think that’s all for now.

Oh wait, I have a small challenge for you guys, even though there’s not much to do. It’s kind of a first to comment thing. Find the 40 thieves and comment where they are (Or if you have lightshot or some other photo editor, you can circle them) first 😀 I might give out an Account Prize, but that’s just a maybe. Good luck

I'm Nameless UnDEFiNed, I'm a Whovian with a Batman addiction (Hence the reason my friends call me Batgirl). I've been blogging since January 2013, and my 86 WPM proves it to me ;) ;p Skillet is my favorite band, and tonight? WE RISE.