This week, the Sneak Peeks section of Daily Pop is filled with more concept art and screenshots from the upcoming Poptropica Robots Island. There’s no official name yet, but I’m calling it Robots Island until I hear the official name! The creators of Poptropica have put a lot of sketches of robots up in Daily Pop over the past few weeks.

This isn’t the first time we’ve seen robots in Poptropica. There was a giant robot spaceship in 24 Carrot Island called the Rabbot that Dr. Hare used. And we saw robot creatures such as a mouse and Merlin the Owl in Astro-Knights Island. Also, who could forget Sprocket from Steamworks Island?

Here’s a quick look at some of the latest screenshots for the new island that you can find in Daily Pop. 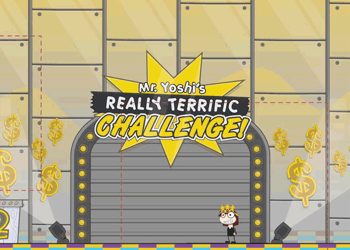 We don't know who Mr. Yoshi is, but he's got a really terrific challenge. 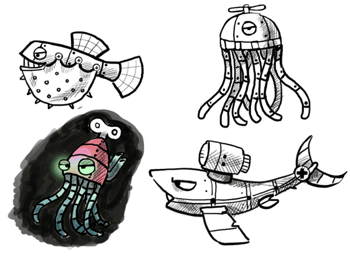 Underwater fish robots. Would those be fishbots? Oh, my! 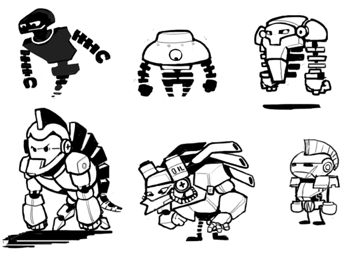 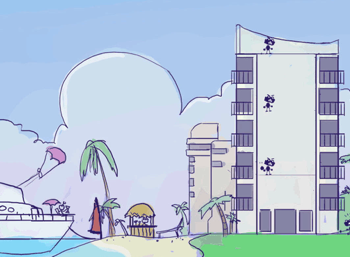 Not sure exactly what this is, but it looks like robots attacking a beach resort. 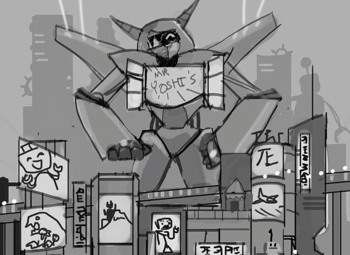 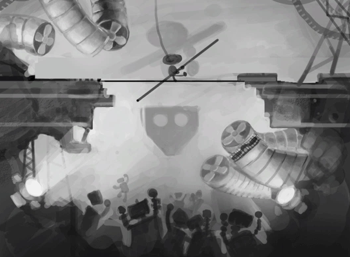 I bet you didn't know that robots could walk the tightrope.