The latest advertisement going on in Poptropica is an ad for the Honey Nut Cheerios Honey Defender video game. This advertisement will appear for everyone in Poptropica. There’s not really much to do besides jump around inside the hive, watch a video of the game, and get a costume. You can click on a link to play the game, but it’s not on Poptropica. You’ll go instead to the Funbrain web site where you can play the game if you have the Unity plug-in for your browser. There’s also a quiz you can do about the game, but there’s no prize. 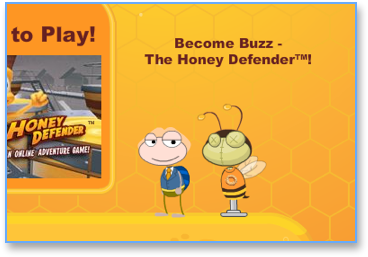 The Buzz Costume inside the Honey Nut Cheerios Ad

So this whole ad is kind of pointless. It’s really just an advertisement with no real game to play. The Buzz bee costume is pretty good though and makes it worth checking out. To get the costume, go inside and jump up to the left and you can then click on the bee mannequin to put it on. 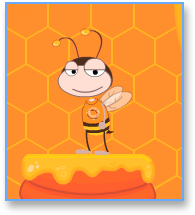