There are two new Rock Star outfits available in the Poptropica Store (one for girls and one for boys). They’re officially called the Rock Star 2 costumes because they’re an update to the original Rock Star outfit from last year. The new outfits look pretty cool and have a different electric guitar. When you hit the spacebar while holding the guitar, you’ll rock out! Just like with most outfits, they cost 75 credits to purchase. If you’re a Poptropica member, you can get the outfit for free. There are five different colors for the new Rock Star 2 outfit (the original only had three to choose from).

Here is what the new Rock Star 2 card looks like in the store. 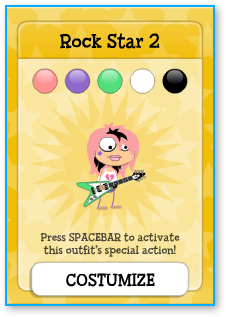 You can still purchase the original Rock Star outfit from the store and it also costs 75 credits. Here’s a look at the original outfit and card: 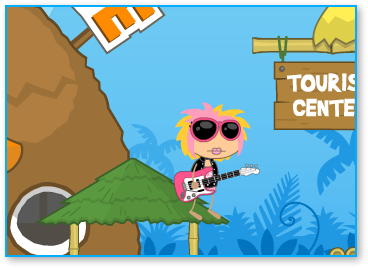 Rockin out on Shark Tooth Island 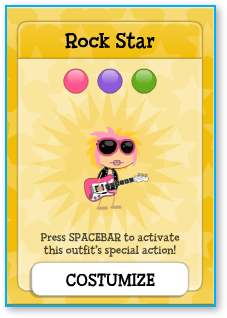