The Poptropica creators are having fun teasing us with more screenshots and scenes from the new upcoming island, which will be called Cryptids Island. There have been a few screenshots posted before, but the latest two include a scene with balloons along with a picture of a cave that something or someone appears to be living inside.

I’m not sure what the balloons are for other than that balloons are pretty common in Poptropica. We travel from island to island in one, we get them as cool prizes for parties, and of course, even Balloon Boy has one. The cave definitely seems like the hiding place for one of the Cryptids on the island. Probably Bigfoot! 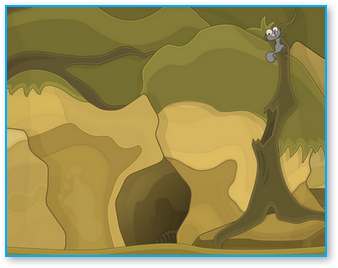 I wonder what lives in this cave on Poptropica Cryptids Island? Probably not that squirrel.

Still no word on when the new island will be released for Poptropica members, but stay tuned.