Here’s an interesting glitch in Poptropica. A few days ago, I wrote about the Medusa card from the store, which you can use on any other character in the game. The power has been around for a while in the Poptropica Store, but it’s becoming popular again because of the appearance of the Medusa in Mythology Island. Thank you CYOArocks88 for pointing this glitch out!

A few people have noticed that there’s a glitch with this power when you use it on Poptropicans who have beards and other facial hair. When you cast the Medusa power on them, snakes appear in their hair as normal, but whatever beard or facial hair they had immediately disappears. Take a look at what happens when you use the power on Aeolus, the God of the Winds. He is at the bottom of Mount Olympus and sells you a bag of wind for one drachma, which allows you to get to the top of the mountain to fight Zeus. 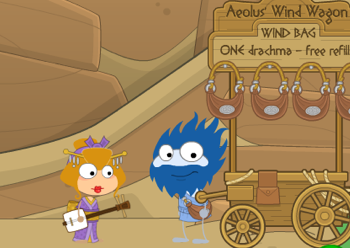 Here's Aeolus as you normally see him in Poptropica 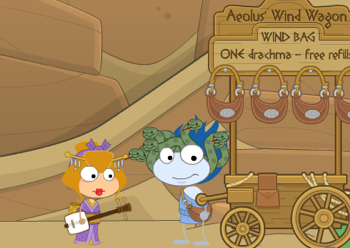 Wow, those snakes must have razor blades for teeth!

It also works on Bucky Lucas in the motel on Reality TV Island. Use the Medusa power on him and his facial hair disappears! 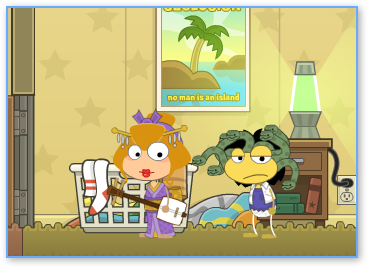 Bucky was looking bad with that stubble, but now he's clean-shaven. Of course, he's got a new problem now.