The third competition in the Poptropica Island Smackdown is here. So far, Shark Tooth Island has put the bite on Early Poptropica and Time Tangled has tied up 24 Carrot. Both of those victories were lopsided, with the winners capturing more than two-thirds of the votes. But now we’ve got two heavyweights going head to head. Spy Island vs. Super Power Island. Both of these islands are more complex than the previous competitors and feature some very exciting moments and cool items. Which will win out in a head-to-head vote? Only you can decide! Read the summaries below and then cast your vote. 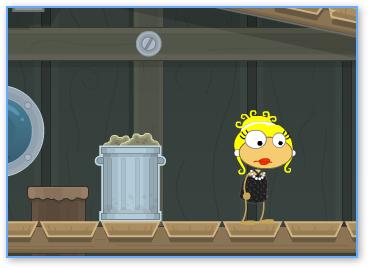 Scouting out the Docks in Spy Island

It’s time to become a secret agent and infiltrate the nefarious criminal organization B.A.D. You’ll need to rescue your fellow agents and piece together clues to figure out how to stop B.A.D.s latest plot to rob everyone on the island of their hair! This island features plenty of twists and turns and very cool gadgets that no spy should be without. Whether you’re going undercover or swinging high in the air using a special device to climb buildings, Spy Island packs a punch of excitement. And it’s all topped off with a hair-raising twist at the very end. 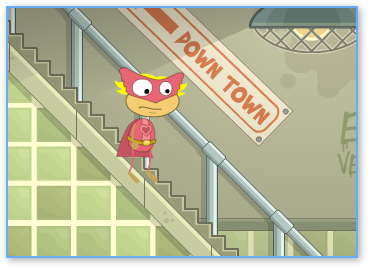 Inside the Subway in Super Power Island

Several of the most notorious and dangerous super criminals have escaped county prison. The island’s police force and citizens are desperate for the help of a real superhero. You have been called to save the island and to track down and recapture these super villains before they can do more harm. Each villain has unique powers that you must overcome, including a thrilling (and very difficult!) final confrontation with the very powerful and elusive Betty Jetty. You’ll get your own superhero costume and even get the power of flight in this exciting quest.