Not all the famous pirates were men. Piracy was profession pursued by both genders and a few women became notorious as pirates. One of the better-known was Anne Bonny, who was born in Ireland in the late 1600’s and became a pirate serving under the well-known and much-feared Captain Jack Rackham. She fell in love with Captain Jack and disguised herself as a man while serving on his crew aboard the Vanity.

She was joined by a second female pirate, Mary Read. Mary also dressed up as a man and began a life of piracy when English pirates took over the Dutch ship she was sailing on. She joined them. This crew was later taken over by Captain Jack Rackham, and so Mary and Anne began sailing together. They quickly learned that each other was pretending to be a man and became fast friends. 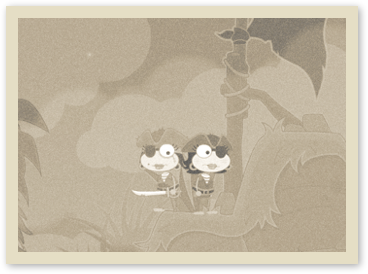 Did Anne Bonny and Mary Read terrorize Fort Ridley before Captain Crawfish came on the scene?

Both of these women were known to be ferocious with terrible tempers and they were both excellent fighters. Eventually, Captain Jack’s crew was captured by the British Navy near Jamaica. Legend has it that while the male pirates were heavily drinking and hiding below the decks, the two women fought and killed several Navy sailors before they were overwhelmed and taken prisoner.

While Captain Jack and several of his pirates were found guilty and sentenced to hang, both Anne and Mary were spared execution because they were pregnant. Mary died of a fever in prison shortly thereafter, but no one knows what became of Anne. Some say she escaped, and others say her wealthy father paid a ransom for her release. But no matter what became of Anne in the end, her legend lives on.