Home | Poptropica | Create Our Own Island: The Hunger Games

Create Our Own Island: The Hunger Games 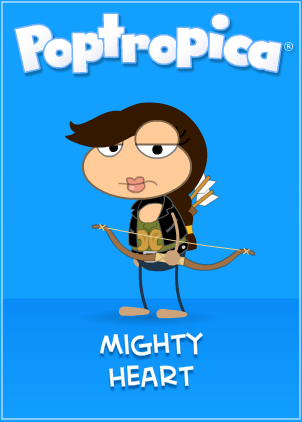 Okay, everyone, put your thinking caps on, because we’re going to create a Hunger Games themed Poptropica Island! That’s right, imagine that you’re in charge of turning the ridiculously popular book and movie series The Hunger Games into a Poptropica island. How would you go about it? Think about the other Poptropica islands that are based on books, like Wimpy Wonderland or Charlie and the Chocolate Factory. What decisions did they make to turn those properties into islands?

For example, they decided that you can’t be one of the main characters. You don’t get to become Charlie, instead you help him as you explore Willy Wonka’s Chocolate Factory. So, as much as everyone wants to be Katniss, in our version of the Hunger Games Island, you’ll have to be your Poptropican helping Katniss. Or maybe we just borrow the story idea and say that the player is from a special 14th District that no one ever talks about.  (I can’t remember how many districts there are, but you get the idea.)

Let us know in the comments below: how would YOU create a Hunger Games Island?

(Bonus Question: besides the Hunger Games, what book series would you want to be turned into a Poptropica Island? Post in the comments in this format: “SERIES: The Hunger Games by Suzanne Collins” so it’s easy for me to grab them and I’ll make a poll for later in the week. Oh, and make sure to let us know why!)