Hey hey hey, it’s time for another costume contest!  But first, the winner of Costume Contest #1 was…

Smart Dolphin!  Smart Dolphin was the first to guess all of the items correctly, including the fact that the vest was from Zack on Steamworks Island and the bandolier (the strap across the chest) was from Skullduggery Island.

Congratulations to all of you who got the right answers!  Special shout-out to Brave Bean for being the first, but he was edged out by Smart Dolphin who was a tad more specific about the vest and the chest strap.  Congrats to both and to all of you awesome Poptropicans who played.

Here are the official answers for Costume Contest #1:

HEAD – the headdress from the Aztec King (TimeTangled Island)

CHEST – the bandolier from the British soldier (Skullduggery Island)

BACK – the king’s cape (Astro-Knights Island)

And, for extra credit, some of you correctly identified that the picture was taken on the dock at Fort Ridley on Skullduggery Island.  Nice going! 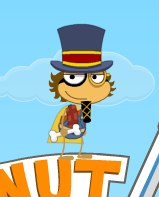 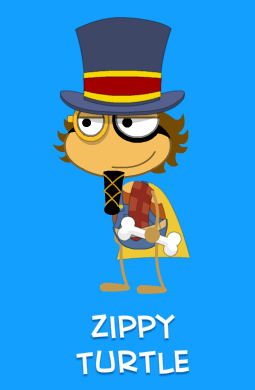