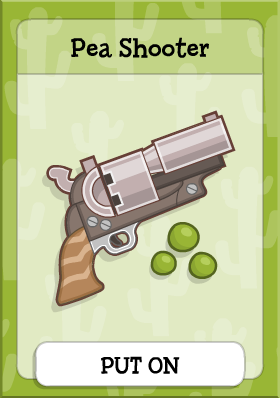 The Pea Shooter will serve as your first gun in Wild West island. You will use this on the Dos Cactos and Rock Ridge Game, where you compete against other shooters to hit targets. There’s a timer and whoever gets the most points in the time allowed wins. The first opponent is the Man With No Name. The next opponent is Young Kid. If you beat both of them, you’ll take on the Gunslinger. After him, it’s on to Old Gunslinger. Finally, you’ll go up against Miss Annie Oakley, who is a tough and fast opponent to beat. Once you beat Annie, you’ll win the competition and they’ll give you an upgraded gun, the Spud Gun.

How to Get the Pea Shooter

You need to first take a Portrait Photo on the Dusty Gulch, once you have your Marshall’s Portrait, go back to Diamond Plains and go inside the Marshal’s office. Click on the portrait in your backpack and select the Use button. Your picture will appear above the door and the deputy will give you the pea shooter gun that belongs to the marshal. 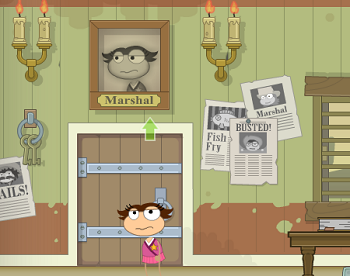