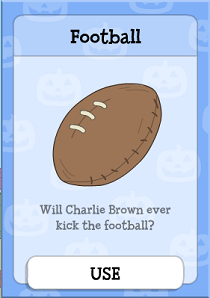 Use the Football to get the pilot hat the belongs to Snoopy. You will play a mini-game where you act as the Flying Ace in World War One. This is just a quick 60 second game, where you just need to remain alive while the other plane tries to shoot you out of the sky.

How to Get the Football

Go back to Charlie Brown’s backyard and you’ll find Charlie Brown and Lucy playing football. Charlie wants a signed agreement from Lucy before he kicks it. Give him the pen you found on Linus’ desk when he asks for it. He’ll try to kick the ball but Lucy takes it away at the last second and he falls flat on his back. They’ll leave and then you can pick up the football. 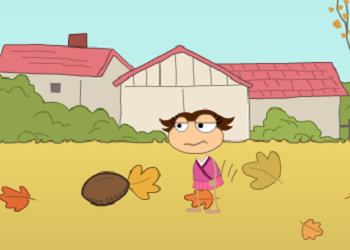