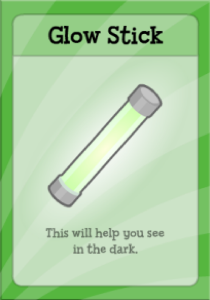 The glow stick in Early Poptropica helps you see in the dark.

The glow stick is an item that appears in Early Poptropica. It is found underground in the spider den area early in the game. Later on, players need to use the glow stick to see in the dark when they try to find their way through the maze to locate the Golden Egg for the giant. The glow stick will illuminate a small area around the player, making it possible to move around and slowly navigate the maze. Players do not need to click or use the glow stick when entering the maze. Simply having it in the backpack inventory automatically creates the light around them when they enter the maze. 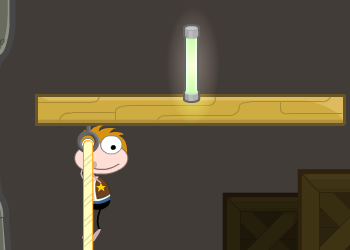