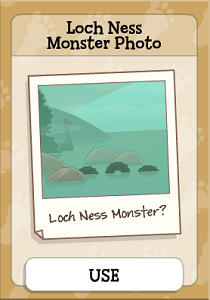 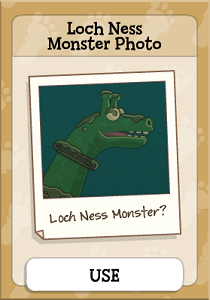 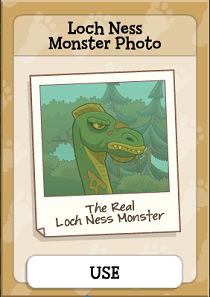 How to Get the Loch Ness Monster Photo

Go to the pub in Loch Ness and talk to the guy in mustache, he will challenge you to a dart game and will also give you Rutty Darts to start. If you won, you will get a rowboat ticket. Use this on the rowboat that you will find on the water in the the left side of the Loch Ness. He will guide you to where you find the Loch Ness Monster, but it only looks like a tail. Anyway, use your Rugged Camera and take a picture. If you check the Loch Ness Monster Photo in the Mew’s Laboratory, it was just a tire floating in the water.

Go back Loch Ness, you confront the rowboat guide about the fake photo. He leaves, and you have the rowboat for your use. Return to the pub for more conversation and more darts. One of the two players claims to have seen Nessie. Play darts against his skeptical friend to win a Submarine ticket.

Go back to the loch and take the Submarine tour. You will descend into the loch and get a photo of a “Nessie” on the bottom. It looks suspiciously like a hoax. Back at the pub, the players confirm the hoax. The first dart player you beat returns for a rematch. But when you win, he refuses to give you anything. However, the bartender gives you a Pennywhistle that is rumored to attract Nessie. Return to the Rowboat and go left, then farther left into a small cove. Blow the pennywhistle and a huge Nessie will emerge from the water! Take a Loch Ness Monster Photo and this it’s the real thing. 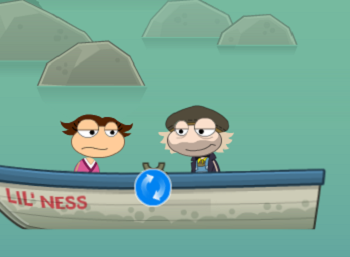 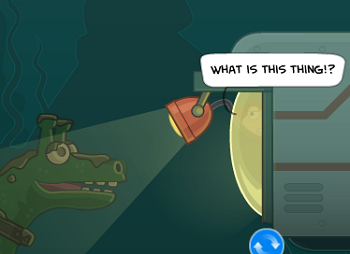 Capture the creature from the Submarine 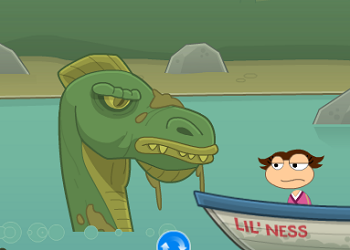