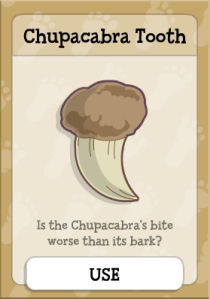 How to get Chupacabra Tooth

The first thing that you need to do is to collect 3 goats with spot, this are brown goats that has a black spots in their body. Since the people here are saying that the the Chupacabra only attracts those goats with spots. Once you have collected the 3 goats, exit to the jeep and it looks like that you will need a trap. But before that you need to go back to the Mew’s and test the Unidentified fur you have found. When you go back the owner of the jeep will tell you that he will make a trap for the Chupacabra, when you return to the spot where you collect the goats. The man have already place a trap. Wait on the side and you hear a sound, it looks like you caught the Chupacabra. When you tried to push the trap cage, the Chupacabra will get crazy and run away, it will leave a Chupacabra tooth behind. 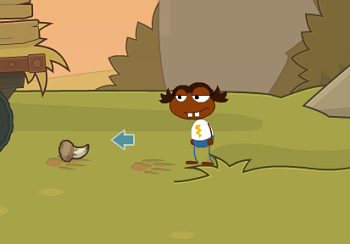