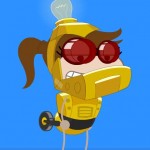 This special edition costume was given out in the Poptropica Store to members only in order to celebrate the release of PoptropiCon. It is inspired by Game Show Island and is designed to look like a costume that a Cosplay fan would wear to represent robot citizens from that island. 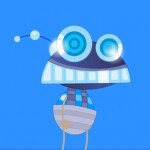 This costume, given to members to celebrate the release of Game Show Island, features a funky robotic look, complete with flashing and spinning lights. 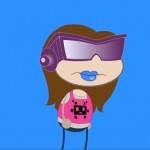 Show off how cool you look with this gamer outfit, available in both purple and pink. It features a t-shirt with an 8-bit space alien graphic and extremely cool purple shades.

Released to the Poptropica Store long before Red Dragon Island, the Geisha Girl costume is one of the original costumes in the game. It features traditional Japanese garb and even includes a Shamisen, which is a 3-string instrument similar to a guitar. 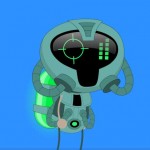 The Ghost Hunter Suit was given to Poptropica Members to celebrate the release of Ghost Story Island. It’s a very futuristic space-suit style outfit with a helmet featuring a heads-up display. It also has a glowing green backpack tank and hoses built-in. It’s the perfect protection when diving down into the spooky depths of scary places. 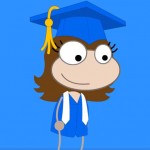 Celebrate the end of the school year with the Graduate Costume. If features a cap, gown and scarf and is available in red, white and blue.