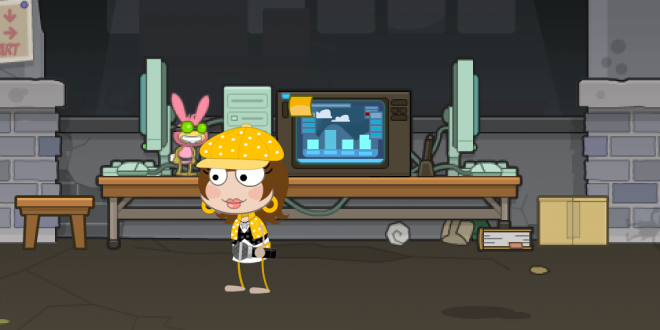 Wow, we’re back online after a 23-hour site outage. PoptropicaSecrets.com is currently hosted by HostGator. I say currently, because after yesterday’s experience, we’ll be switching hosting companies soon. Fortunately, things came back online 20 minutes ago. Thanks, everyone, for your patience!

Looks like we’re up and running just in time! The newest island, Mission: Atlantis, is set to be released for members later today. And Survival Island will be available for everyone to play as well. It’s a big day in Poptropica. I’m glad my site is back up and running!

While we’re waiting for Mission: Atlantis to release, here’s some interesting things that have been happening. Members can find three new outfits in the store. The first is the Diving Suit, which is a pre-release item for Mission: Atlantis. The next two are the Icarus and the Cyclops outfits, which are costumes for the upcoming re-release of Mythology Island. I’m pretty excited about that. Mythology Island is probably my favorite island in Poptropica and it’s great to see it coming out in the new island format (and on the iPad!). Here’s what the three new outfits look like. 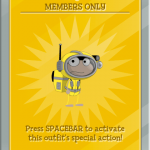 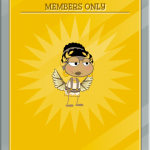 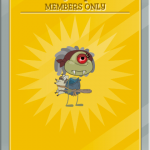 And in a sign The Diving Suit outfit has a special power. Press the spacebar to turn the headlamp on and it will shine a beam of light out in front of you. 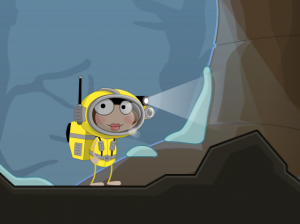 It looks dark in here. And what’s that snoring sound?

Finally, in a sign that the release of Mission: Atlantis is imminent, here’s the “unfinished” island medallion image. You’ll find it in your Poptropica Medallions collection in the “Friends” area. 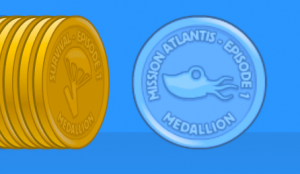