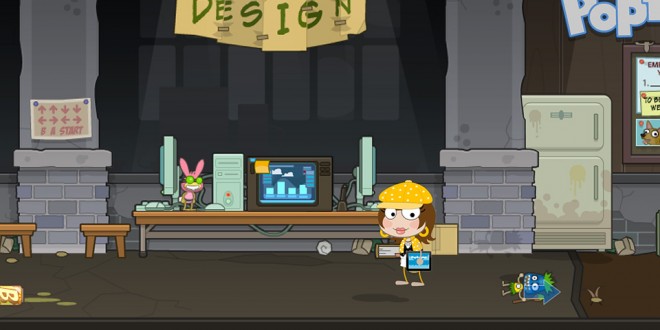 Want to get one of those cool handheld tablets that you’re seeing people carrying around in the common rooms? The good news is it’s easy to find one. Just go to one of those advertisement billboards you see in-between zones on the islands. Look for the one that shows a video for the new Poptropica iPad app. Click on it to watch the video (you have to watch the whole thing) and once it’s done, you’ll get the Poptropica App Tablet item in your backpack. 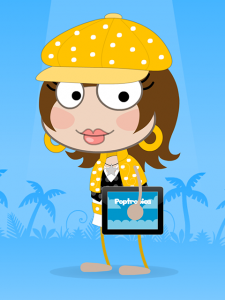 Whee! I’ve got a tablet!

Unfortunately, the tablet doesn’t actually do anything. There’s no special space bar move for this item. But you do look cool when carrying it around. This is all more publicity for Poptropica’s iPad version of the game. They’re pushing hard to get everyone to move over to playing on the iPad, which makes a lot of sense. Unfortunately, there still aren’t very many islands to play in the iPad version, but Poptropica has promised to start simultaneously releasing the new islands on both the Web and iPad, beginning with next week’s release of Mission Atlantis.

Here I am with my new Poptropica App Tablet. What do you think?