Late last week, the Poptropica Store was updated with a bunch of new items. There are two new costumes in the store for everyone: Poptropica Babies. There is a boy baby and a girl baby outfit, each complete with diaper, bonnet, t-shirt, pacifier and rattle. When you press space bar while wearing the outfit, you’ll shake the rattle.

Of course, we still don’t even know when Poptropolis Games will be launched, so there’s no need to hurry! 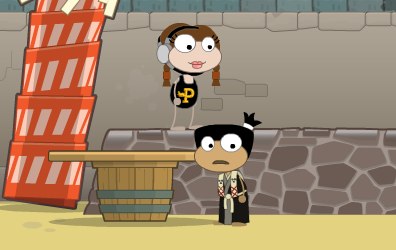 I'm ready to take on some Sumos now! 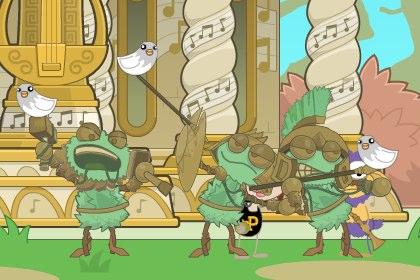 You can plant your own statue garden in Poptropica.