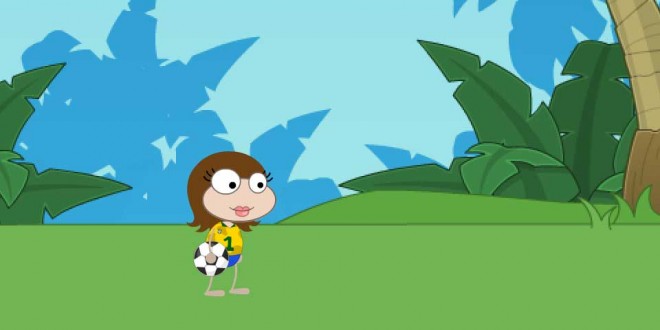 World Cup 2014 fever has hit Poptropica. With football (a.k.a. soccer here in the United States) taking the entire world by storm this month, the Poptropica Creators decided to celebrate the event. There’s a brand new members-only card in the Poptropica store. It’s called Football Fever and it allows you to costumize yourself in one of eight different football outfits. The eight outfits represent the remaining teams in the tournament: Argentina, Belgium, Brazil, Colombia, Costa Rica, France, Germany, and the Netherlands.

When you choose your favorite team, you can wear a Poptropica replica of that team’s uniform. Your avatar also gets a soccer ball (er, football) to carry around. Press the spacebar to toss the soccer ball up in the air.

Personally, I think they should have made a Tim Howard outfit. Even though the U.S. team lost to Belgium, he was amazing! 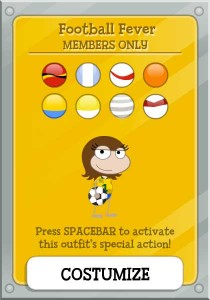