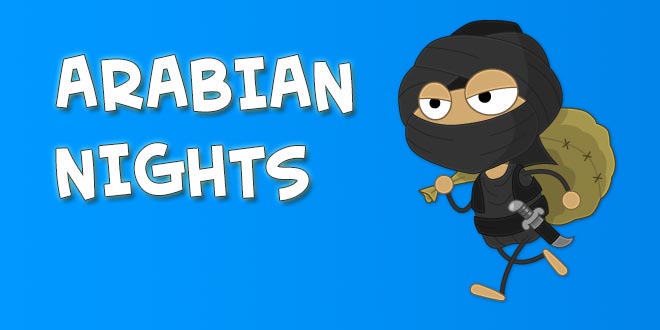 Thanks to some good guesses and initial detective work, we’ve known that the next island would be called Arabian Nights for a while (about five months!) This island is based off the winning submission to the Create Your Dream Island contest that Poptropica held earlier in the year. Poptropica ended the speculation officially today with the official announcement of the island.

No word yet on the launch date for members, but there is an info page that provides some details on the island. It looks like there will be three episodes for the island, making it relatively short.

The desktop wallpaper showcases a background scene from the island, along with several characters dressed in black garb. These are the 40 thieves from the story, Ali Baba and the 40 Thieves, which is one of the most famous tales from the 1001 Nights collection. The new island will be based on several of these stories from Arabian Folklore. You can read the entire tale here. The wallpaper even has a built-in activity–try and find all 40 of the thieves! 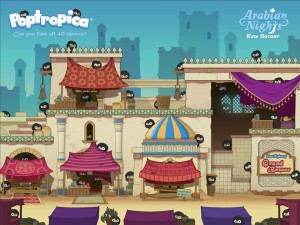