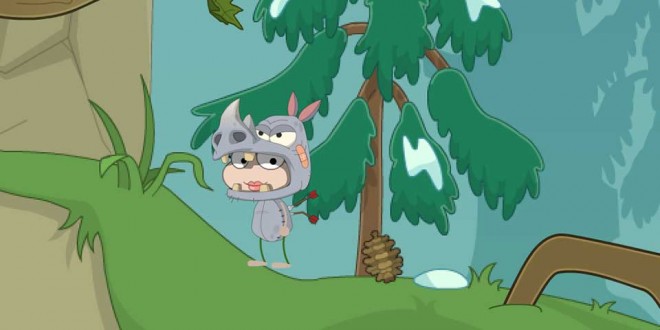 What’s this? A new costume in the Poptropica Store? Yes, indeed. To celebrate the upcoming release of episode 4 of Survival Island, the Poptropica Creators have released a new costume into the Poptropica Store. It’s the Rhino costume and you must be a member to get it. Although large animals like the Rhinoceros haven’t been a part of Survival Island yet, the sneak peeks have shown that there’s definitely some sort of large game hunting element to the story. This costume choice is an additional clue about what we can expect to encounter when Episode 4 is released. 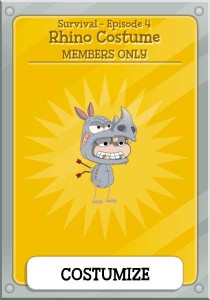