Home | Costumes | Be Big Like the Gods in Poptropica

Here’s a great trick once you’ve completed Mythology Island and obtained Hades’ crown. It’s one of the best little Poptropica cheats around. When you’re wearing the crown (Hades gives it to you to help defeat Zeus) and you press the space bar, you’ll grow really huge and appear to be the same size as the gods appear in Mythology Island. You can press the space bar a second time to grow smaller. 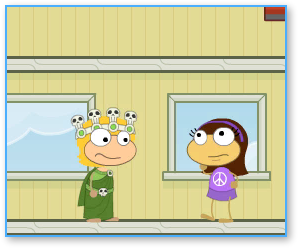 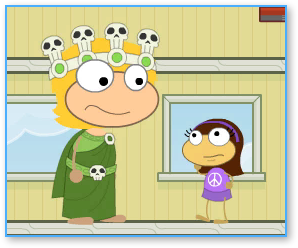 ...and now you are a god among mortals.

And now a bonus trick. You’ll stay huge if you costumize after using the crown. So you can put on the crown and press spacebar to grow big and then costumize to something else and you’ll stay big, at least until you leave the current room. You can have a lot of fun with this in Multiverse rooms and other places in Poptropica. 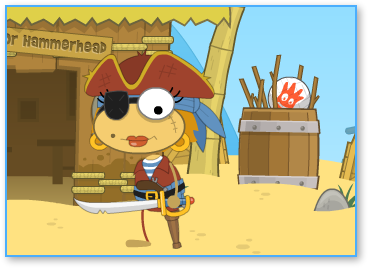 Egads! That's a monster pirate. And hey, is that Wilson the volley ball behind me?